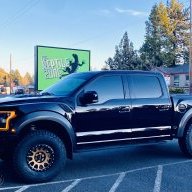 I recently purchased an SCT X4 tuning module for my 17’ Raptor, and went looking for tuners. After calling around to a few, I spoke with Shawn Ellis at SSI. If anyone’s dealt with SSI, you’ve spoken to this *******. You don’t get a landline, you get his personal cellphone number. He’s too low level.

when he answered the phone, he sounded like a used car salesman. The guy couldn’t praise himself enough during the conversation (which I should have taken as a bad sign). Unfortunately, I did not. I paid this guy for two tunes and was told he’d have them the next day. I reached out to him a couple days later, and he acted like he’d never heard of me before. Another red flag I chose to ignore.

when I finally received the tunes, I was semi impressed. They were definitely more aggressive than the stock tune. However, some seriously concerning up-shifting (or lack of) between 1st and 2nd started to occur. I’d start to redline between those two gears and the truck wouldn’t shift without letting off the gas. And that was just by rolling on the gas in the first place.

I immediately swapped the tune back to stock, and contacted Shawn. He asked me to shoot him an email and he’d correct what was happening.

I attempted several times to contact him via email and phone to no avail. This evening, I called his phone at 6pm and he finally answered. The only time he’s answered is after 5pm PST, and he’s always drinking. I know because he tells me that’s what he’s doing. “I’m out having drinks, what’s up?”

I explained to him that I’ve tried leaving emails and voicemails, but haven’t had any response. I’ve called during normal business hours and this is the only time he’s picked up. That’s when things turned south real quick. This belligerent ******* pops off on me like a true alcoholic. Spouting insults and name calling one would only expect from someone in a similar drunken stupor. This happened back and forth through phone calls of him constantly hanging up on me, and text messages. I finally told him to keep the money I paid and didn’t want any part of his business.

long as* story short, f*ck this guy and his business. I wouldn’t recommend him to my worst enemy. Oh, wait. Maybe that I would, but not to a stranger. Hope this helps you out if you’re looking for a decent tuner and not some low-life alcoholic posing as one. 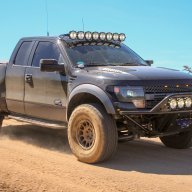 Do research on him/SSI ,his tunes have blown up a ton of ecoboost's since 2011 he removes some of the safety parameters in tunes like ignoring knock sensors. Go with Cobb or MPT , JDM.

My 2019 I'm running Cobb stage 1 93 octane with 96 octane in the tank . It runs hard in the AZ heat 120deg yesterday now. Few weeks ago i was running COBB 91 octane stage one with 91 in tank and it was pulling a ton timing to be safe in hot weather. So i know the COBB tune is safe just had to adjust my fuel octane to get power back . When i finish my mods i will be having Goose do a custom tune for it .
Last edited: Jun 18, 2021

He (socaldiablo) was a real piece of work on the F150 forums.

SSI Performance Tune Review (Blown Motor) | This was my experience with SSI... Not everyone blows their motor... Just most... | By Motor King Madness | Facebook

7.2K views, 3 likes, 0 loves, 10 comments, 14 shares, Facebook Watch Videos from Motor King Madness: This was my experience with SSI... Not everyone blows their motor... Just most...

Like this guys comment. This was my experience with SSI... Not everyone blows their motor... Just most...
T

1BAD where are you finding 96 octane in Phoenix?

Loves at i10 and wild horse100 octane Sunoco 260 at the pump mixed with 91 qt. 12 gal 100 oct to 14 gallon 91. Calculator link below probably knock it down to 94 next fill up. Runs really strong though. Went little strong first time . Tell difference after 5 miles driving it was adding timing. Feels as strong as 91 in cool weather

Brake Squeal at Low Speed and Some Questions