(Long story short, I think swapping out my spark plugs to the colder version fixed the backfiring issue.)


I've been on this forum for a few years now and have gotten lots of valuable info from it. I think I've posted maybe once though, only because I typically because I don't have anything valuable to add to the conversations. I appreciate everyone that posts valuable info though.

Anyway, this may or may not be helpful, and I didn't much posted about this specific situation, so hopefully it is helpful and also not just coincidence.

I've pretty consistently had the "backfire", "bang", "pop" or whatever you want to call it after I'd fill up my tank to full, and it would happen, as some older posts mentioned, when the engine was "braking", so typically in Sport Mode or Baja 2H, due to staying in the gear longer. I work from home so I don't fill up more than once a week at most, but every single time I'd fill up, I would get the backfiring.

I always use 93, always run the MPT PRX-93 tune (since 1000 miles on the truck), and have the AWE 2FG exhaust (so h-pipe replacing muffler). The only thing I'm not 100% sure on is if the backfiring happened before I changed the exhaust. Seems like it was only after.

So last week I swapped out my spark plugs for the Ford Performance cold spark plugs (M-12405-35T). I bought them from MPT and were pre-gapped at 0.031, which I left as is. I didn't change anything else. A day or two after swapping them I filled up my tank, and I was listening for the backfire noise, but it didn't happen. Which was weird because it would typically happen right after I pulled out of the gas station, the way I drive at least. So I then switched to Sport Mode and tried to get it to happen, but it never did. I did a bit of driving the next few days, listening for it, but it never backfired.

I don't know enough about how engines work to say whether there is something to the spark plug change fixing the issue or not, but again, that's the only thing I changed. I even filled up at the same gas station I typically do (not that that's ever made a difference because it would do it regardless of where I filled up.)

I'll keep an eye (or ear...) on it after the next time I fill up and report back if it still isn't backfiring. Driving out to CO with my daughter in a couple of weeks so there'll be plenty of fill ups happening...

Anyway, just thought I'd share in case it helps anyone fix the annoying backfiring. 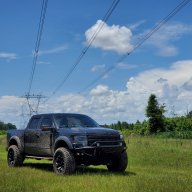 Could be that without the muffler, there less of the needed backpressure and that would lead to popping and backfire
J

Glad you resolved the issue.
I didnt have any issues with my MPT tune on mine.

Why are you using a small gap on your spark plugs?

CoronaRaptor said:
Why are you using a small gap on your spark plugs?
Click to expand...

Good catch. Small gaps are for us S/C folks 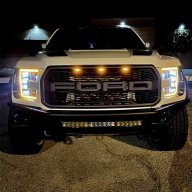 Yeah i run mine at .028. Also, mine had backfired since day one after a full fill up. still does plugs make no difference.
OP
OP

Just to update (since I said I would), I've filled up... well more times than I'd like to admit since my original post and haven't had any backfiring. I don't know if it's the colder plugs or the 0.031 gap, or the combo of the two, but that's all I changed. I also don't know why it only occurred on a full tank... but if you have the annoying backfiring might be worth throwing in a set of colder plugs gapped at 0.031 and see if it fixes it for you too. Hope it helps someone else.