How To Kicker door speaker and tweeter upgrade kit Install 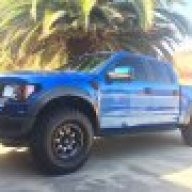 KICKER VSS SUB INSTALL
I installed it last night and it was fairly simple. There were a couple things that were not well defined in the instructions. 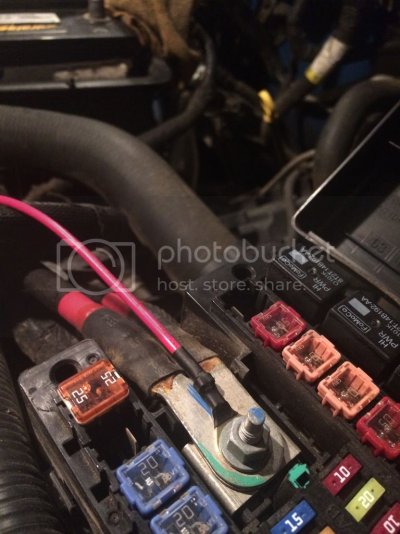 Using a pick and a razor blade cut a small hole in the rubber grommet on the passenger side of the engine bay. And fish the red power wire through it.

PRO TIP - Use a pair of pliers to fish it through, Unless you have some vice grip fingers lol. 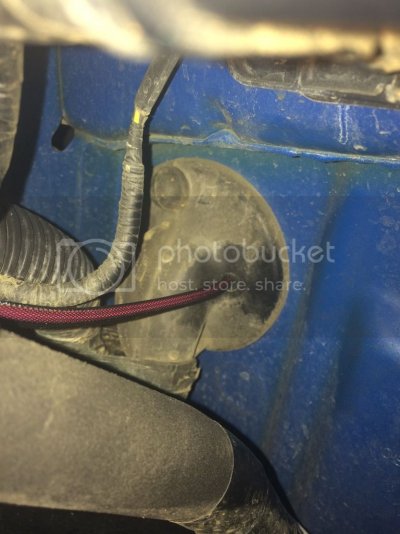 TAPPING IN TO SIGNAL WIRES
This is the part I messed up on because the instructions say "Find the twisted pair of white purple strip and white-orange stripe wires and use your supplied scotch locks to tap in to them". There is a black and white picture of where the wires are but its not easy to see where they go. I totally looked over the "Twisted pair" part of that wording and found the first white purple strip and white-orange stripe thats right there in front. Well, that was wrong. 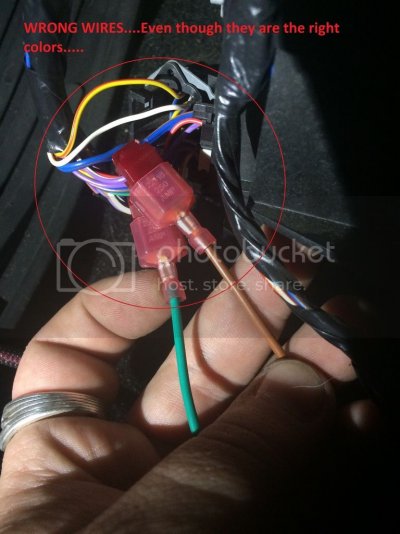 Here is the harness you need to tap in to (You may have to dig through the bundle to find them): 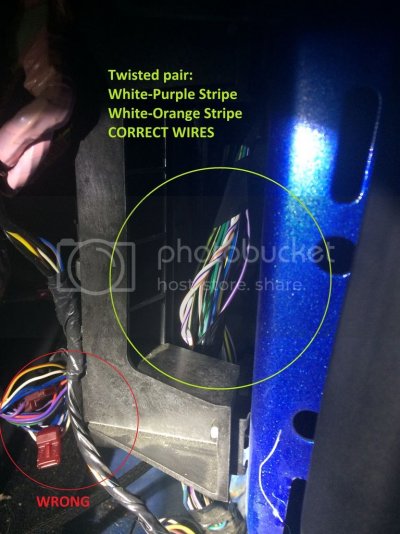 After you're done learning that lesson, snake the harness under the plastic pillar and put all the wires under carpet. 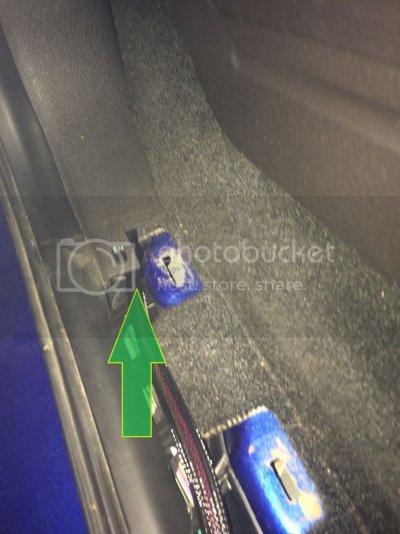 The rest of the instructions are pretty good. I just wanted to put those parts in here to help anyone that runs in to the same issue I did. To be fair, the directions are not wrong...Just poorly worded in my opinion.

OVERALL REVIEW
Buy this thing!!!! For what it cost and the nice fancy harness it comes with...it was worth every penny. I have the full kicker system now and it is light years better than the "700W Sony HD" system. 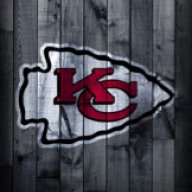 They price matched to a refurbished unit, lol.
D

Can we get a better picture of that warning label?? 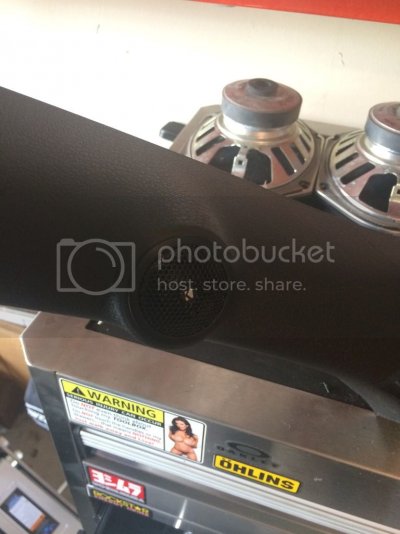 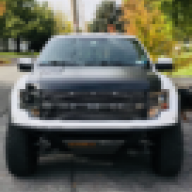 I need to do this. Thanks for the great write up.
What class do you race?

MotoX11B said:
KICKER VSS SUB INSTALL
I installed it last night and it was fairly simple. There were a couple things that were not well defined in the instructions.

Splice into the sub wires, you'll get clearer, deeper bass instead of the mud you get splicing into the speaker signals. 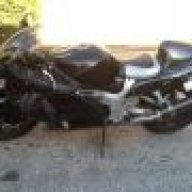 cgibs89 said:
Splice into the sub wires, you'll get clearer, deeper bass instead of the mud you get splicing into the speaker signals.
Click to expand...

unfortunately the sub signal is the most affected by the oem eq. thats why they recommend getting a speaker signal, as well as i. when i metered the sub at a low volume it was ok, however the more i went up in volume, the more roll off there was. doing the same with the speaker signal there was less bass rolloff. the speaker signal is a full range signal, so the bass signal is still there. you just have to set the crossovers correctly on the amp to filter out the signal you dont want 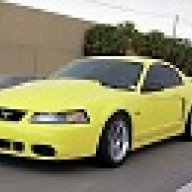 So does the sub enclosure have the same foot print as the stock sub ?
OP
OP

Lol, Here is the warning label

The new sub is maybe 4-5" bigger and if you have a rubber floor mat, it will need to be trimmed a little.
@Wfo - I dont race in a class. I just play in the desert with the ROC crew. Their events are really fun and the people are pretty cool.

Are these the same speakers as in kicker Dl3z-18808-a kit? I'm looking for an upgrade to my sony garbage. 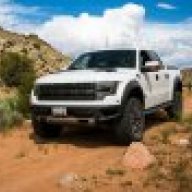 I did the upgrade to just the speakers (not the sub). I noticed a difference but it wasn't until I started adjusting the fade that I really was able to make it sound good. Strange how just moving the sound from front to rear would make such an impact.

I have heard the sub included in this kit on a buddy's truck, and it is really nice. But if you are just looking to upgrade your sound system to something that doesn't suck, in my opinion, you can get away with upgrading without the sub.

19 minutes ago
The Car Stereo Company