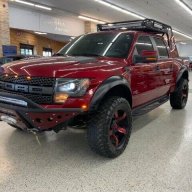 Would you be interested in trading bumpers with me?

@decodo , Which headers are on yours?
OP
OP
D

@castine917 wow, yours is beautiful! Its these ones! 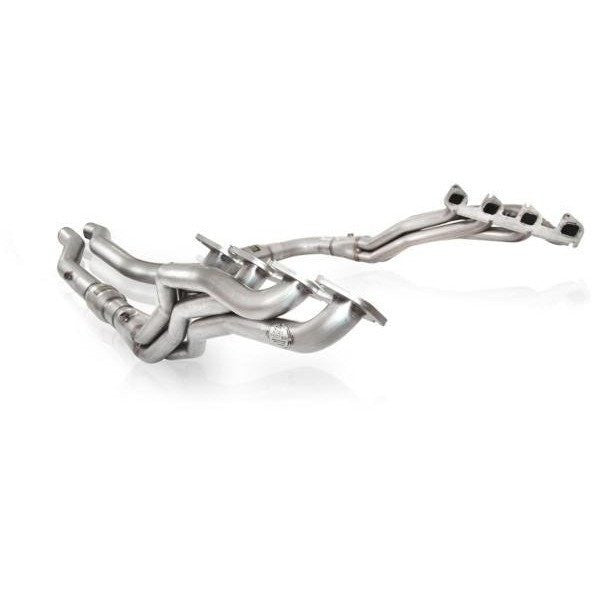 Can you please tell me your tire/wheel set up? Looks amazing… do i need a lift of any kind or would mid perch do the trick? 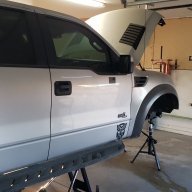 My only criticism is that Raptor isn't in MY garage. 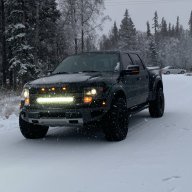 Dudebrodude said:
Can you share examples of these 6.2 motors blowing with F/I? Outside of the oil pump upgrade, I have been looking into them and seems like only a handful have had issues and its usually when they push them to 600+whp.
Click to expand...

A friend had a 2014 with a Whipple that had a con rod that decided to install a window in the side of the block. I had a 2013 Roush Stage II that I sold three weeks ago. It had 160k on it, all FI but I was also mindful it was not designed for FI. As a result, I only occasionally would go WOT and never from a dig. It was an amazing truck, but I also knew not to abuse it.

Contrast that with the 2023 TRX I bought. It was purpose built for FI and 700+ hp, full-time 4wd (increased shock, loading, traction, etc.). I probably had more time spent at WOT in the TRX in one month than I cumulatively had in nearly five years with the Roush.

decodo said:
@castine917 wow, yours is beautiful! Its these ones!

Can you please tell me your tire/wheel set up? Looks amazing… do i need a lift of any kind or would mid perch do the trick?
Click to expand...

Those Stainless Works seem to be awesome. Lots of people seem to recommend or buy them.​

XD SERIES BY KMC WHEELS Xd811 Rockstar Ii Matte Black Wheel with Alloy Steel and Chromium (hexavalent compounds) with the removable spokes painted. Tires are a 35x12.5R20. When I bought it last year it had bald Toyo tires and a two inch suspension spacer connected to broken coil. I put BFG KO2s, rebuilt shocks and geiser springs from shocks by hammer on as I removed the spacer. I do have some minor rub on some slow speed turns. Mid perch would give approximately the same lift for free. When they need rebuilt I would recommend the geiser and back to standard perch.​ 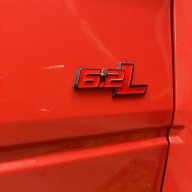 Nice Raptor. I have one like that without most of those upgrades. 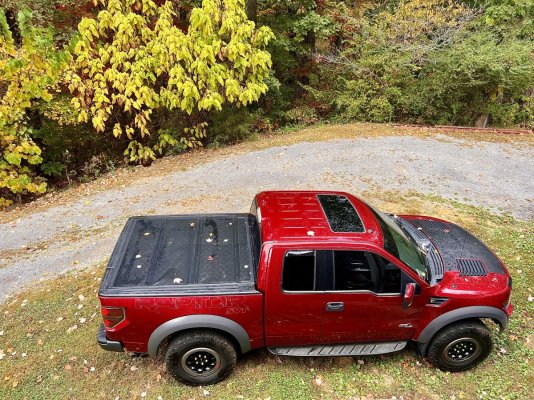 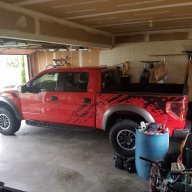 Well I just Love the Truck. Ya got a beauty. Doesn't matter if it's a Gen 1 or 2 or 3. They are all Bad Ass. Me personally am biased towards the Gen 1. I Love the Reliability. Anytime you add HP there is a risk, no matter what engine you have. One can make anything go faster. In the end its a Truck. If ya wanna win drag races and pissing contests then get a mustang or Challenger or Camero. Hell I've seen honda civics turn high 11s quarter miles. Probably some some even quicker. Just Enjoy the Beast and do what ya want with it
C

I would be concerned that the list of mods includes no engine work to support the supercharger. One of the most common failure points is the oil pump, which then takes out the rest of the engine.
Click to expand...

Engine work? I put in a supercharger myself In my challenger. It’s been four years and running great! Oil pump? Supercharger don’t kill engines. That’s a myth. Worst case scenario, it shortens the life of an engine. We’re talking wayyyyy down the road. Maybe it goes 200,000 miles instead of 300k. That being said, running any car hard without modifications will shorten the life of an engine.
Last edited: Nov 22, 2022