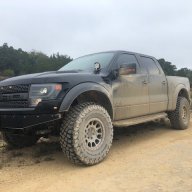 Dr_Chooch said:
I’m going to bump this thread ever 6 months until someone try’s it or mails me a Gen 2 tailgate to try it out for everyone.
Click to expand...

The shape of a Gen 1 bedside and tailgate at the top corner is completely different than a Gen 2.
The tailgate will fit, but none of the corners will match.
When I built my sons truck with Gen 2 fiberglass I intended to re-use the 2011 tailgate we had. When I put it on it was very obvious the body line changes will not be anywhere close. 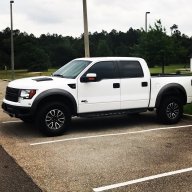 My new direction will be attempting to fit a Gen 3 applique on a Gen 1 tailgate. I'm not doing this immediately, just something I'm going to try. I'll pickup an E-Bay clone and see if it looks right after the necessary trimming. 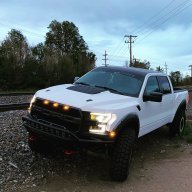 First time seeing this thread but I can confirm the 2015+ tailgates are not a direct swap. Width is the same but height and mounting points are different. Body lines are also different. Your taillights will not align with the lines on the tailgate. Fiberwerx has a set of bedsides that can align with the Gen 2 tailgate, however. Expect heavy, heavy modification to get this to work on a Gen 1. I experimented with a 2015 tailgate long ago to satisfy my own curiosity, just to get an idea of how different the tailgates were.

The 2015+ tailgate is a few inches shorter in height. It is possible to align the latches, which will also align the top of tailgate with the bed rails. However, the pivots at the bottom of the tailgate are certainly going to be off. Probably could be drilled and installed with new mounts.

In any case, Dr_Chooch probably has the right idea for anyone to add some flair. Order the Gen 3 eBay appliqués and stick that onto your Gen 1 tailgate. Might need to remove the factory ford emblem for a flush fit and relocate camera but there are worse things out there. They even have tailgate handles with integrated camera mounts so I would guess the Gen 3 appliqué could be installed in such a way that it doesn’t look like a total riced out hack job.