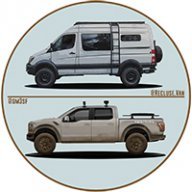 Let me start by saying, YES, we tow with our Raptor.....A LOT. We've towed over 40,000 miles worth over the last few years. Spare me the "Why did you buy a Raptor to tow with it to begin with" bit. If you wanna hate, go somewhere else. It's simple, we tow our trailer to places where having a Raptor IS what you want once you're there, so yeah we’re towing, but to places where we're actually doing a lot more off-roading than the majority of Raptor owners (look me up on instagram and you'll see what we're up to @GM3SF).

We all know the limitation associated with towing with a Raptor. It's not the motor. The motor pulls our 6,000 lb trailer as if it wasn't even back there. The problem is the suspension. The suspension is, of course, simply not setup to carry much of a load in the bed or on a hitch ball.

I was running (gasp) airbags as a stopgap measure until I could find a true solution. I spoke to SVC about their bump-stop setup, but they were in testing on that so I never really heard back....which worked to my benefit in the end.

Luckily though, a good friend referred me to Izzy at Dezert Lab, in Burbank, CA. These guys build trophy-trucks so if you want to try and be critical and think you have more knowledge than people that build baja trucks, then just remind yourself why it is that your here reading this and NOT building trophy trucks.

Anyway, I explained to him what I was looking for and that all I had been able to find was a bump-stop solution. My criteria was simple....I wanted something that I could use while towing, but could easily remove when not (when I got to where we were going and un-hitched the trailer). I just need something to compensate for the additional weight of the trailer when towing. I also wanted the truck to sit level when the trailer was attached to it, the same as it does when it doesn't have a trailer attached to it and NOT dragging *** like so many trucks we see out on the road. He told me flat out that the bump-stop solution that others were selling would "work", but that it would be an absolute S#!T ride, will be pretty harsh with the amount of pressure it would need to have in it, not to mention really short amount of travel.

In keeping with the criteria of needing something removable. He came up with what you see here. It's a pair of FOX 2.0 Air shocks (nitrogen filled), mounted on custom, fabricated brackets, that I can remove whenever I want. If I want to leave them on there I can just leave them in and run them at around 100 psi (minimum amount recommended by Fox).

I drove from Sacramento to SoCal where his shop is (with the trailer) to have this done so he filled the shocks to where i need them to be until I got my tank from Power-Tank. I just got my Power-Tank Nitrogen tank this afternoon so now I'll be able to adjust the pressure whenever I need to. In the meantime, for the past couple of days I've been driving around town with the shocks at 250 lbs and I can't believe how smooth it is even with that pressure in there (max pressure in the shock is somewhere around 500 psi).

As far as the numbers go, my trailer weighs approx 6,000 lbs and has an actual (pre weight-distrib-bar) tongue weight of 780 lbs. We found that the pressure needed to level out the truck and trailer is +/- 250 psi.

So how do I remove the shocks?: Simple, I just release the shock’s pressure via a fill valve (seen in the 1st pic above at the top of the shock). This valve looks/works the same as any tire inflation valve. Releasing the pressure releases the tension in the shock and therefor makes it a cinch to remove. Then I just pop out the two locking pins and remove the shock COMPLETELY!! To install I reverse the process, filling the shock up pressure as the final step.

I left their shop the other night when they were all done with it and drove for a couple of hours and I can't even begin to tell you how well it’s works. It drives the same as it does when I'm not towing. keep in mind that because the stock shocks aren't collapsed they are working the same way as they do normally. The air shock is essentially working as a pre-load adjustment.

This is one of those times that I’m literally happy to part with the money. It's the best money I've spent in a long time. This totally exceeded my expectations. It's everything I always wanted. I couldn't believe that after years of looking for a legitimate solution.....he came up with this idea in a matter of minutes after I told him what I wanted. Like I said, I drove 6 hours from Sacramento to Burbank, CA to get this done. Now that it's done, I can say I would have driven cross country for this!!


You must be registered for see images attach

You must be registered for see images attach

You must be registered for see images attach

You must be registered for see images attach
Last edited: Feb 22, 2018
X

Glad you ended up with a solution you love. How much was this whole setup and can the shop sell these as kits or is there fabrication involved that we need to bring our trucks to them?

This looks like a good solution, but you do know that the towing problem has been solved already by other ways right? An add-a-leaf and a timbren SES are one way to solve it and that doesn't affect unloaded ride quality either.
T

Cool set up but where do you find an air compressor that goes to 250psi ?
T

That’s cool. Thanks for sharing.


Sent from my iPhone using Tapatalk
U

Great idea and an absolutely great setup. Right on man! 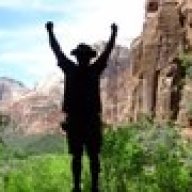 Innovative solution, does that lower shock mount hang low or get hung up on stuff?
S

This will also help with wheel hop/axle wrap. Does it bottom out before hitting the actual bump stops?

I would use this method with an off road trailer if I don't lose rear end travel and articulation. 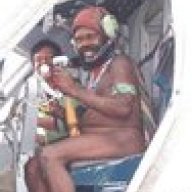 This is really awesome and I hope it will be a kit available to DIY install at some point.
F

rad. what airstream is that btw? (I have airstreaem envy) 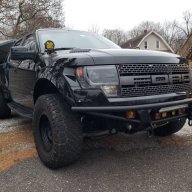 Thanks for sharing. Sounds like a simple solution and clean install. Love the pics BTW.

Thoughts and Ramblings after a 2500 mile road trip
2 3

GEN 2 What wire is this tapped into? With pics