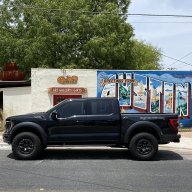 Was able to get the first "mod" done to the Raptor. I'm a big fan of ceramic tint and have used it on all my Super Duty's I've bought and 78-79 Broncos I've built. Tint % are as follows:

-Windshield: 50% - Some will say this is Dark, but in reality I may go darker to 30%. We don't get heckled for tint in Austin, so I'm not worried about tickets/cops.
-Moonroof: 20% - I went back and forth on this as I didn't want it to be too dark, but needed it dark enough so I could keep the shade open during the day. Still need more time in it, but I think I should have done 10% or even 5%. I want it to be visible at night if indeed there was something lit up from above, and was surprised at how easy you could see light when under a street light with the 20%.
-Front Windows: 10% - This is what I run on all my fronts, so I dig it. Although when I got it back I thought "Should I have just done 5% on the fronts?".
-Back Windows: 5% - Perfect in my opinion.
-Rear Window : 5% - Perfect in my opinion.

Wanted to post for folks who are in the market for tint and could see what it looks like going this dark. Posted the first 2 during the mid afternoon sun, the next two when the sun is setting.

Also, I got to drive a 1000 mile TRX while waiting for the truck as the owner of the tint owns one. The power was pretty cool, but to be honest I was very underwhelmed with it. The truck didn't cohesive between the motor, trans, suspension, steering, and brakes. The biggest thing that blew me away was awful the A/C was in it. At 104 degrees out, the truck couldn't get cool with MAX A/C on. It's a cool truck, but it felt so under polished compared to the Gen 3 that I left being even happier with the rig. Pretty cool day. 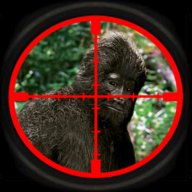 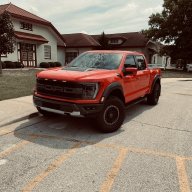 30% is way too dark for a windshield. Forget about the cops, you are putting yourself, your truck and others at risk, especially at night. 70%+ or clear tint on the windshield is perfect. I know, get off my lawn, paging old fart.
W

I have 80% on my windshield and 5% every where else, 5 over the factory in the back. It’s about perfect. I do not think I want anything darker on the windshield.
F

@BroncoBoy7914 what would I budget for 7 windows and ceramic tint?
A 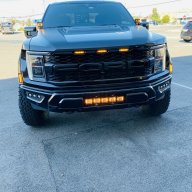 I have the same set up , I definitely understand that heat issue. Texas heat no joke. 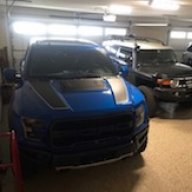 I live on the northshore of the lake... I get it. It's too hot for h0rny toads at least 7 months out of the year. However, although LEOs around here rarely pop people for tint, dark windshields are getting into speeding in a school zone territory with most. I wouldn't push it... esp if you ever have to drive at night.

...and almost funny what it didn't catch. 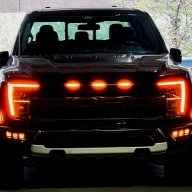 Another big fan of ceramic tint, last 4 vehicles went that route. Definitely notice the difference here in the SW. Went 80% on windshield and sunroof (could have gone 70% on sunroof), and 70% everywhere else. Like the light just not the heat! 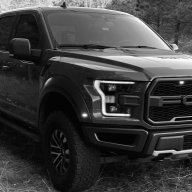