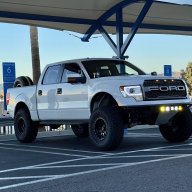 An organization called Clean Dezert is hosting a BLM land clean up event on November 6th, 2021 in Barstow CA. Last clean up there was around 800 participants and we provide lunch and a huge raffle including many off-road parts and gift certificates for wheels, lights, fiberglass, etc. Below are event details and a link to their Instagram. Come out and help clean up the desert and win some cool stuff in the process!

Great turn out this year.

Now that our November event is done and over with and we've all had a weekend to decompress and relax a little bit, we wanted to take a minute and let you know just how great of a job everyone did. First and foremost, we'd like to thank each and every one of you that came out and volunteered your time to pick up trash around the Barstow area. If it weren’t for all of you, none of this would be possible.

The Clean-Dezert crew had been working tirelessly for 6+ months leading up to the event, trying to improve on the success of our 2019 clean-up. This year we wanted to try some new ideas and improve upon others where we could. One of the new highlights was partnering with the 'Bad Lines Good Times' crew to cook and serve lunch. We also wanted to make the clean-up fun for the kids by doing a raffle and prizes specifically for the youngsters - it’s never too early to educate the younger generations about what we do and why we do it.

We started out the weekend on Thursday morning as we loaded up and traveled from San Diego to meet with the rest of our team in the high desert. A quick shopping trip to purchase a truckload of bottled water and some back-up hotdogs for lunch and we were off to Barstow. But first we made a quick pit stop for a business meeting with our sponsors at Barstow Del Taco (and to fill our bellies prior to setting up for the weekend). The empty desert on a Thursday afternoon makes for a great time with friends while setting up for an event.

Friday morning started out with a pre-dawn rumble from Burrtec as they dropped off 10 dumpsters for the event. 2 dumpsters were dedicated to tires, and the other 8 were for trash. Ecology recycling brought out 2 more dumpsters just for scrap metal. The rest of the day flew by as droves of people started funneling in and stopping by to chat. It’s amazing to see how many volunteers came out for the weekend. Friday night everyone was buzzing about the day to come, and we ran through our checklists repeatedly. Did we forget anything? Are we ready for this? Do these Hi-Viz shirts make us look fat? Luckily, we were able to put those thoughts behind us and relax for the evening thanks to some great tunes being played by our sponsor Audiotistics, it definitely helped relieve the pre-game jitters and inadvertently showed just how old some of the Clean-Dezert crew is by their lack of knowledge on some of the music/artists played.

Saturday finally came, the day we had all been preparing for! It was time to get cracking as people were showing up early and eager to get to work. Black Widow Exhaust had ordered over $400 worth of breakfast burritos from Del Taco, and with the huge crowd of volunteers (over 500 to be exact), those burritos disappeared in just a couple of minutes. Needless to say, they were a huge hit. As our staff got people signed up, each volunteer walked away with a Clean-Dezert goody bag that included an event shirt (which listed all of our sponsors) courtesy of Tread Lightly, and a Clean-Dezert coozie. After a quick safety briefing the volunteers were off to scour the desert for their big score. Most have their favorite spots that are guaranteed to be full of trash, but we also provided coordinates to a handful of areas where trash could be found as well. About this time, we realized the kids raffle was going to be bigger than expected. Uh oh. We had strategically planned on about 40-50 kids being out there but ended up with roughly 80 kids receiving their own raffle tickets. Thankfully, Falken Tire had donated enough toys and bags for each kid, and we also added some additional toys that we had brought out, as well as hot wheels donated by Black Widow. We made sure each youngster walked away with a goody bag and a smile (and if they were left unattended, we loaded them up with soda and candy too).

Everything was progressing throughout the day perfectly and it was time to execute our lunch plans. Camburg Offroad funded lunch for the event, with our good friends from 'Bad lines Good times' at the helm of the grills. This was their first-time making food for an event of this magnitude and to say that they knocked it out of the park is an understatement. They had 240 lbs. of meat and 50 pounds of rice and beans to cook, along with all the accoutrement that accompanies tacos. The food came out amazing and I think most of us ate our weight in tacos and then some. The Gravel kings were also nice enough to cook-up burgers and hotdogs for those that preferred a more traditional backyard BBQ feast. One thing was for sure, if you left this event hungry, you did something wrong.​
<IMG_4079.JPG>


After lunch came the event most people were waiting for: the raffle. This year we tried a new tactic in an attempt to streamline the process. Adam Filbin, the head cheese over here at Clean-Dezert, would enthusiastically announce the item that was up for grabs, then we had 1 person pulling the ticket at random from a bucket, and 1 person calling the ticket number out loud over the PA. Once that happened, the ticket and "prize" were then passed down to another helper who would then scoot the combo down the table where it would be claimed by the lucky winner. Roughly $15k worth of prizes were raffled off thanks to our many sponsors. One story that stands out in our minds is the one of the fabricated axle housing, donated by Camburg. This prize alone retailed for $1,200. What made this so special was a volunteer had prayed that morning at her brother’s memorial to win this housing. After the raffle was done, she walked away with some great gifts but not the housing she wanted. The gentleman who won the housing heard this story and thought the best thing to do would be to trade the housing for what she had won in the raffle. He surely traded down, but this is what our community is all about. Doing something great for our family and enjoying the friendships we make along the way.

Trash wasn’t the only thing we found in the desert during the weekend. Another great story from the event involved a 5 month old puppy that a volunteer had found hiding behind a Joshua tree out in the desert. She instantly became a volunteer favorite with multiple people asking if they could take her home. The staff at Clean-Dezert drove her into Apple Valley (45 minutes away) to see if she was chipped. She wasn’t. Our staff decided to take her home, get her checked up at the vet, and give her a good bath. When the Barstow humane society opened on Tuesday morning, we were the first to call. Later that same day they called back as the owners had also called in hoping someone had found their pup. The dog was originally lost on Thursday and spent a couple of days alone in the desert until we (well, not "WE", but one of the amazing volunteers) picked her up. She was reunited with her family later that week. It was so great to hear a happy ending to that story.

So anyways, back to Saturday. The day was wrapping up and it was time for everyone to go out and play with their trucks/sxs. Terra Crew was onsite filming for the event and had picked a few areas for vehicles to jump and show what the desert is all about. They all took turns as truck after truck put on a great show for the crowd. After a couple of hours or so of trucks and sxs's being "sent" through the desert sky, the day was winding down and people were starting to gather around back at their respective camps for some serious bench racing and laughs. The sun went down, and the laughs and stories continued well into the night, long after this writer had crawled into bed (so later than 930pm). Another successful clean-up was in the books!

Again, we'd like to thank everyone for coming out and helping make these events as fun and productive as they are, we truly appreciate the support.

It’s also important to thank every one of our sponsors who made this event possible. These companies support our open lands and the volunteers who work hard to keep them open. Without companies like this we wouldn’t be able to hold these events that are arguably the largest public lands clean-ups in the western Unites States ('Merica!).

There were approximately 500 (+/-) volunteers at this year’s clean-up.

2 lost/found vehicles and 1 burned down trailer/RV reported to CHP.

Approximately $15k worth of product raffled-off.