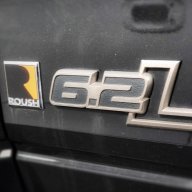 Picked up my truck up with the new Stainless Works 1 -7/8" Power Headers (Catted) yesterday. That "tick" is gone for sure but..... Things I hadn't considered... there is a new barely audible tick that I hear from the front wheel wells and a new "tinny"/"raspy" sound under throttle inside the cab.

The tick is quiet enough that you can't hear it when the truck is idling in a parking lot with road traffic beside you. I spoke with the owner of the speed shop, and he assured me that it was simply valve clatter coming through the headers, and there really isn't anything you can do about it. Immediately I'm skeptical, but he invited me across the lot to his brand new TRX and fired it up and sure enough, I hear it worse on his. He tells me mine sounds "great" compared to his, and his is enough of a problem that it bothers him ordering food at a drive through! Normally, when someone tells me, "don't worry it's normal" - I immediately think they are full of Sh**...but hearing his truck startup, and then another TRX startup about 2 minutes later (I was in heaven talking to these guys), I felt alot better about it, and honestly, it's hardly noticeable. It almost sounds like a random tapping I've heard on trucks I've had where the heat shield is loose and bouncing on the exhaust.

The other "tinny" sound under throttle is going to take some getting used to, and honestly if I'd known/heard this about headers, I might not have spent the money. The exterior "bark" of the exhaust on cold start is noticeably better and brought a huuuuge smile to my face, but this "tinny" rushing sound under throttle isn't the greatest and kind of takes away from the baritone sound the Roush exhaust filled the cabin with. I've done some quick reading (since yesterday ) and people also attribute this to valve clatter coming through the thin wall headers, and the shop owner told me it was simply me hearing the actual exhaust flow through the pipe/high-flow cats. It sounds similar to if you took a brillo pad and rubbed it across a steel pipe constantly during throttle and is a noticeable metallic rasp linear in sound to throttle input. Again, from what I've read, this is 'normal'... and driving it again this morning, it's not bugging me as much, so it might just be something I get used to.

Anyone out there with thoughts on this tinny/raspy sound?

Here's the link to a cold start with the Roush Exhaust on a 6.2L with new Stainless Works Power Headers:
I'll take another video tonight from exactly the same spot I stood when I posted this original thread and had the exhaust leak "tick" tomorrow.
OP
OP

Here's a pic of the Stainless Works setup when I went through the box to check inventory. It's now installed, and as promised, I've taken a video to compare startup sound from the same angles so you can hear the tapping sound resolved. 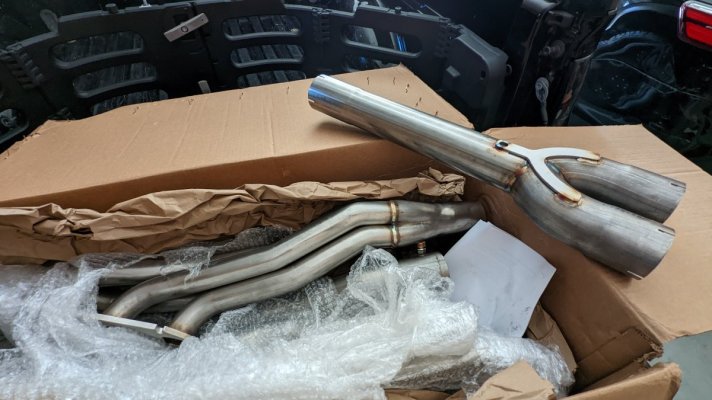 After having it on for two days now, I'll say this... this is a LOUD setup. Cold Starts are more fun then ever though with this new setup. The Roush was loud to begin with, and with these headers on it is significantly louder - like wake my house up at 3:30am when I leave loud. The drone, which I actually liked before because of the baritone sound, now borderlines on too loud. Additionally, that metallic rasp/hiss under throttle is still bugging me. I can't help but wonder if there's a leak somewhere in the piping with the slip fittings. Interestingly, it's not audible from 0 - 1800rpm and then seems to die off above 4500rpm under a heavier load... I had previously decided the CORSA EXTREME wasn't enough of an upgrade in sound to justify the cost, but now I'm starting to wonder... (my wife would kill me if she ever read this.) 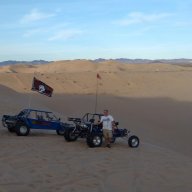 Wow this is all great info on putting a whipple on my gen1, not now ! Have some crap looking headers on my camaro (All Jet hot and bitchen when I bought em) and sure don't want that either. Maybe I'm lucky

to be living with the treehuggers here in Californistan 'cause they won't let me buy any of it anyway !! 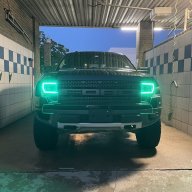 I literally have the same setup as you regarding sw long tubes and mid pipes along with corsa extreme. I’ve noticed the raspy and metallic sound you’re talking about. However I do have a leak right before the cat that the shop could not fix even after putting the clamp on tight as possible. It seems sw high flows are very very poor in quality. Also upon first startup of the truck with sw long tubes, catalytic converter catalyst material was all over the inside of my exhaust tips. Given I had floored it within 3 hours of having the new setup lol. Once my shop gets gas for mig I’m going to weld my exhaust completely to rid of all and any possible leaks to still see if this metallic sound that appears to be from Under driver seat and almost from exhaust